How Political Instability Can Affect Your Business... And What Can You Do About It?

July 22nd, 2022
In light of the recent resignation of Boris Johnson, Prime Minister of the United Kingdom, there has been much speculation around how the current political uncertainty might affect the economy going forward. How politics and economic policy uncertainty can affect a country’s economy?

While Sterling still holds strong against the Euro, it's expected that the outcome of a Conservative Party leadership battle will have a lot of impact on how things will ultimately play out, as rising economic uncertainty will inevitably push the pound down.

The long-term damage that major political changes, such as this, have on economic policy uncertainty and GDP growth has been well documented and researched; primarily measured by tracking discussion in news articles and economic surveys. From higher borrowing costs and increased volatility in the UK bond, foreign exchange and stock markets, for potentially as long as two years, economic uncertainty could majorly alter the value of the pound.

What could this mean for your business?

Applying this to a tech business perspective, political instability, while indirect, can majorly affect the day-to-day management of a company. From working conditions of employees, to teams, operations, and profits, economic policy uncertainty is a serious factor to be considered when running a business. Most significantly, economic policy uncertainty in the UK can affect business investments, such as the amount of money investors are prepared to put into the UK economy.

How to protect your business from the repercussions of political instability?

Fortunately, there is another option to consider that can help your tech company prosper, without having to worry about the fluctuating political situation in the UK, or anywhere else for that matter. The solution? Establish your tech team in another country, with a more stable political situation, more affordable costs, and an increasingly attractive country for foreign investment due to a number of reasons  - we’re talking about Portugal!

Political uncertainty dropped significantly at the beginning of 2022

The political system in Portugal promotes political stability, as a semi-presidential parliamentary democracy where the President is the Head of State with limited powers and the government holds the key executive role.

At the beginning of 2022, political uncertainty dropped significantly in the country due to the anticipated elections that resulted in the Socialist Party winning a majority in parliament. After that, the political situation in the country has been stable.

The economy experienced the highest growth since 1990

As far as economic growth is concerned, the EU executive’s forecast places Portugal as the European Union country with the highest expected growth for this year, with the Portuguese economy expected to grow 5.8% in 2022. With the economy experiencing the highest growth since 1990, GDP steadily continues to expand and is projected to grow even higher. As of now, Portugal's economic freedom score is 70.8, making its economy the 31st freest in the 2022 Index, ranking above regional and world averages. There has also been a recent increase in the labour market, with Portugal boasting an increasingly experienced, highly-skilled, and educated workforce.

Over the next three years, Portugal should receive €16.6 billion - nearly 8% of the global 2021 GDP - which should boost the current levels of public investment in the country, increase the confidence of the investors, and help strengthen the economy even further.

Portugal is therefore in a very advantageous political and economical situation to consider setting up a tech team, which is why big companies like Cisco, Google, Microsoft, and Nokia have already set up highly successful nearshoring operations there. Nearshoring, an outsourcing option where clients and workers are in similar time zones and nearby countries, is a great initiative to utilise when looking to grow a business in the tech industry.

Read more about the advantages of nearshoring.

Other reasons to find Portugal attractive

As the global tech powerhouses above demonstrate, Portugal is clearly an attractive nearshoring choice for IT companies. This is due to a number of reasons:

It is no surprise that the cost of setting up a tech team in Lisbon is much less than if you were looking to do the same thing in London, for example. According to Glassdoor, the average software engineer salary is £52,392 per year. In Portugal however, the average salary for a software engineer in Portugal is €25,773 per year, according to PayScale. Comparing the two, this is obviously a very affordable rate, and something which could significantly benefit your company's profits in the long run. Not only are the salaries much less demanding, but there are other ways your company can save money by setting up a team in Portugal. The country has some of the best (and cost-effective) coworking spaces in the world, with thousands of freelancers and digital nomads living and working here every day.

While once a secret known only to a select few, Portugal has now become internationally known as a country that boasts a serious amount of talent when it comes to workers in tech. Renowned for its modern start-up working culture and international community, what started as a few small businesses and remote / freelance jobs has developed into an innovative and ever-growing hub for all things tech. Due to the high education standards in the field of tech, many IT professionals from across the world travel to Portugal for further study or promising start-up opportunities. Portugal is high on the map for its abundance of tech experts, who are extremely qualified in both hard and soft skills, and ready to adapt to any kind of working environment.

Portugal is the only country in mainland Europe that shares the same time as the UK, putting it in a convenient and ideal place for London-based tech companies looking to nearshore employees. With its prime location, Portugal also enjoys the benefits of being within the European Union, with countries such as Spain, France, and Germany being easily accessible. You can easily establish a tech team in Portugal if your company itself is located in the UK, without so much as having to tweak those early morning zoom calls!

While the country is small, the language spreads overseas and beyond, with Portuguese currently being the 9th most spoken language in the world. Having Portuguese speakers in your team will help your business expand in ways that would not be possible for a purely English-speaking company. The Portuguese are also known for their ability to pick up new languages much faster than other nationalities, so it is no surprise that the country was ranked 7th in the EF English Proficiency Index in 2021. Language skills aside, Portuguese culture promotes open-mindedness, sociability, and the embracing of diverse nationalities and communities from around the world. Not only does this make them generally friendly and welcoming, but within the context of business, it makes them highly useful as far as multi-cultural communication goes… a characteristic which, today, is more vital than ever.

Portugal has one of the best internet speeds in the EU, and with an average peak Internet access speed of 34.5 megabits per second, Portugal stood seventeenth on the list of countries with the fastest Internet access. What’s more, if you decide to outsource with KWAN, you will enjoy the benefits of all the tech equipment and software you need, at no extra cost! Lastly, placing business aside, Portugal offers your employees quality of life, quite incomparable to the chaos of London. From surfing the wild beaches of Costa da Caparica (only about 30 minutes from Lisbon) to heading down south to sunny all year round Algarve, you can rest assured your tech team will get settled in no time!

How political instability can affect your business, and what you can do about it: Final Thoughts

In conclusion, you can remove the stress of political instability and economic policy uncertainty by establishing your nearshoring tech team in Portugal. With a very stable political situation and growing economy, more affordable rates, highly-skilled tech talent, ideal time zone, easy worldwide communication, and remarkable IT resources, you have nothing to worry about… except, of course, which of the amazing and affordable coworking spaces you want your team to work from!

Still not convinced? Take a look at our article on 10 reasons to choose Portugal as the country to establish your nearshoring team.

Or, if you have questions and you would like to get more details, then reach out to us at KWAN to help get you started with building your tech team in Portugal! 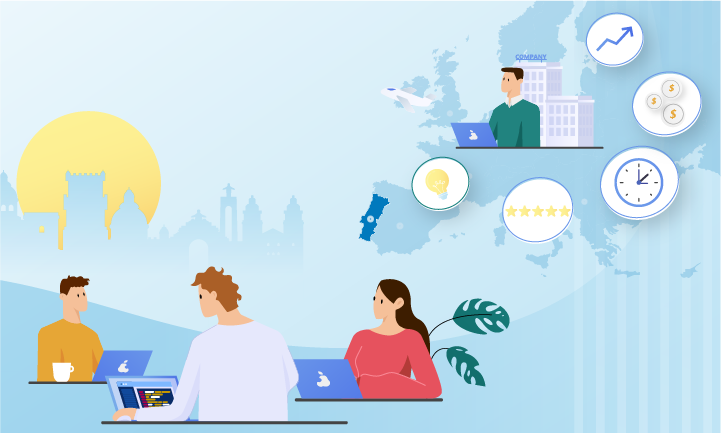 Read More
Nearshore Portugal: 10 Reasons to Choose This Country to Establish Your IT Nearshoring Team 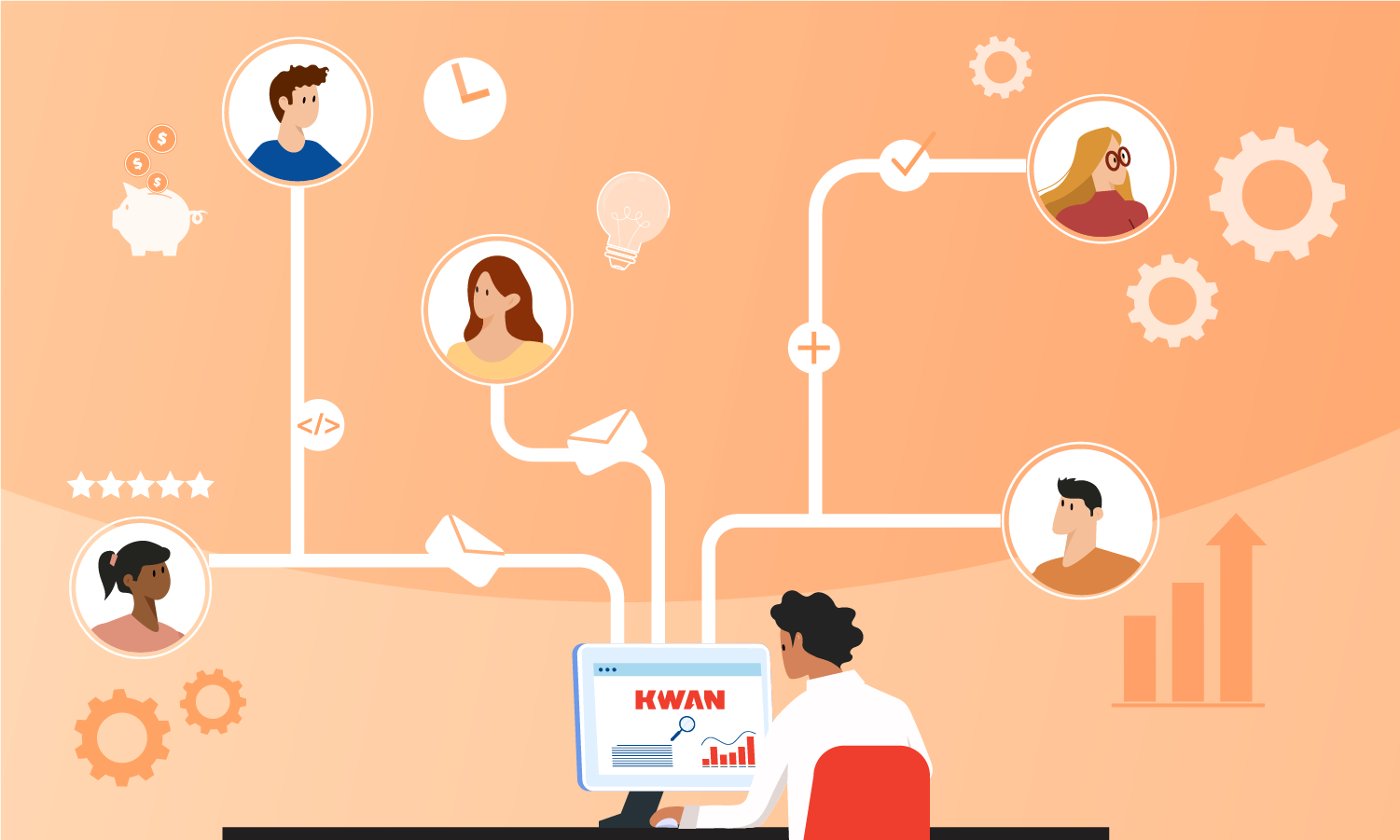 Read More
Is a Recession Coming in 2022? Protect Your Business by Outsourcing With KWAN
See All Articles