IT Career Conversion: The Adventure of 4 KWANers in the Netherlands

November 21st, 2022
Would you like to work in IT, but have little or no experience in the field? Or, on the other hand, do you have years of experience in engineering... but lack IT training? Then get inspired by the story of Afonso, Bernardo, Catarina, and Maria!

You start a new job in the technology field. You have little or no work experience in the field, but the project for which you are being recruited includes 2 months of Outsystems training.

Important detail: the project is based in the Netherlands, which means that your first month of training will be... that’s right, abroad!

Does the opportunity to get to know a foreign country as cool as the Netherlands while learning about new technology excite you? Is this something you can imagine yourself doing?

Then read the testimonials of the 4 participants of this KWAN project that comprised exactly that: 2 months of Outsystems training, one of those months in Amersfoort, the Netherlands.

And get to know the adventures they experienced in the Netherlands!

As you will realize, it is not mandatory to have experience or training in computer science to be able to join this type of project!

Afonso Rocha - finalist for a degree in Computer Engineering.

Catarina Carneiro - trained in event management with work experience in the banking sector.

1. How did the opportunity to join this project arise?

Through an ad placed in IST's Job Bank. I had an interview with KWAN where I was allowed to work on a project that included Outsystems training. - Maria Sbrancia

After seeing an ad on Linkedin I sent my CV, I was contacted by Beatriz from KWAN with whom I had the first interview, I moved on to the second phase where I had an interview with Filipa. The process continued until Filipa contacted me again to say that I had been selected to be part of a project that included training in the Netherlands! I couldn't believe it, I was really happy, I felt it was a unique opportunity and that I was very lucky to be part of it! - Catarina Carneiro

2. What did the academy part of the project consist of?

The project I’m part of offers two months of training for the juniors in an eight-week academy they organize before they start the so-called “real work”.

They do this because they prefer to choose people based on personality rather than on their set of skills, so the academy is fundamental to leveling the skills of the team to be trained. The first four weeks took place in the Netherlands, in the city of Amersfoort, where we had the opportunity to learn together with the Dutch group chosen for the academy. Besides OutSystems tutorials and a personal exercise to practice the new skill, we also did a certification in Traditional Web Development. These were weeks of hard work and much companionship, as there was a great effort to make us feel as comfortable as possible. - Maria Sbrancia

3. What was the most enriching aspect for you?

First of all, this opportunity allowed me to gain knowledge in a completely different platform and way of programming than what I was used to. Also, this experience was extremely enriching in the sense that it was possible to meet new people and a different culture. Importantly, the fact that this was an in-person experience made the learning experience much easier and more motivational. - Bernardo Carapito

The fact that I spent a month in the Netherlands learning about OutSystems, the Dutch culture, and getting out of the comfort zone I was used to. I always dreamed of working abroad for a while and this was an excellent opportunity. - Afonso Rocha

4 - How did you spend your free time in the Netherlands?

I occupied my free time mainly in two different ways. On the one hand, I visited Amersfoort as well as other well-known cities such as Utrecht and Amsterdam. On the other hand, part of the free time was spent studying some of the concepts learned in the training to prepare for a certification exam in Outsystems. - Bernardo Carapito

We visited other cities and spent time after work always together having fun. We even played chess a few times and also spent a lot of time with the other people involved in the academy, who welcomed and treated us very well. - Afonso Rocha

The company provided amazing accommodation, with breakfast included, and we still had a bicycle for the whole month to commute to work. - Catarina Carneiro

The hotel was a 10-minute bike ride from our workplace and was very comfortable and cozy. - Bernardo Carapito

Breakfast was included in the hotel, lunch was also included (we always had lunch at the academy with all the other colleagues). As for dinner, we had our meals at the hotel where we stayed, or we bought food at the supermarket or had it delivered. - Catarina Carneiro

On weekends we only had breakfast included; lunch and dinner were on us. We used to have lunch in restaurants suggested by people we met there. - Afonso Rocha

7 - Tell something funny about this experience.

We managed to negotiate the dinner price at the hotel! They charged us 10 EUR for meals that they served for 25 EUR, which certainly made our meals and our monetary comfort easier. - Maria Sbrancia

Do you also aspire to an opportunity like this for your career?

We talked to Marcelo Catita, Ambassador of KWAN in the Business Managers team to find out what it takes to be chosen for a similar academy:

When we recruit professionals for an IT Academy we look for people from engineering fields - not necessarily IT -, but we give preference to those that have that background - with good soft skills, namely communication and critical thinking. It is also important to enjoy and have ease in acquiring new knowledge since during the training you will learn, practice, and in the end be tested in that programming language which, in this case, was Outsystems, a technology with which none of the participants had had contact before.” - Marcelo Catita, Ambassador of KWAN

Do you think you have what it takes? Fill out the form and let's get to know each other! We are happy to introduce you to the Academies that are currently available. 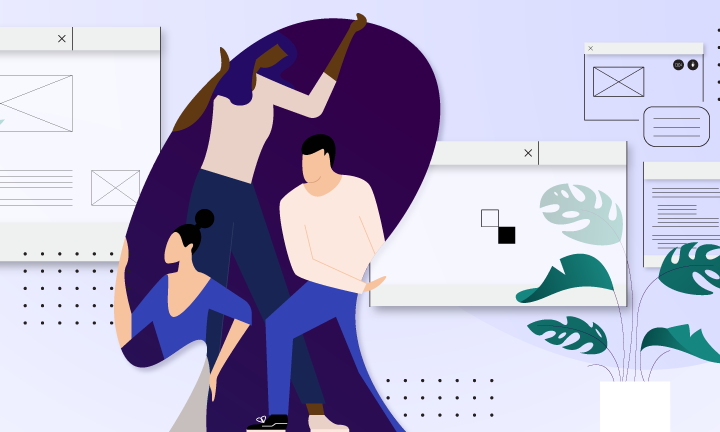 Read More
Career Transition into Tech: Everything you Need to Know
See All Articles