What role would you perform in the world of Dune according to your current IT job?

It might be easy to know which side you support. If your empathy is strong, you side with House Atreides. If you’re more brutal in the workplace, there’s a place for you in the House of Harkonnen. When adaptability is your top trait, your road leads you into the desert. And should you desire only power, stand behind the Emperor.

But Frank Herbert’s vision, brilliantly brought to life by Denis Villeneuve in 2021, shows us a more complex universe. Personalities in the books (and on the screen) are as deep and detailed as our own.

And that begs the question:

With all your IT experience, what role would you play in the rich, complex world of Dune?

Let's find out, shall we?

If your current IT position is in management – or you’re working towards that goal – then you may be suited to the role of the honourable diplomat.

In Dune, diplomats like Duke Leto Atreides and Stilgar, a Fremen tribal chief, are more than rulers. Anyone with enough force can rule a people, just ask the Baron. But there’s a difference between a leader and a boss. Dune’s diplomats command respect and loyalty through their compassion and wisdom. Though unafraid of conflict, they’re open to brotherhood over bloodshed.

IT managers are well-suited to the role of diplomat.

Your job is to protect your team and keep the peace (or declare war, should the need arise). You trust your instincts, sure, but you’re guided by hard data, you listen to the advice of experts. And then you strike. Sometimes ruthlessly, ferociously attacking the project you believe in.

And if work colleagues nickname you the Duke, then it’s a pretty good sign that you’re a diplomat.

The noble warrior class is deep and varied across all of Dune’s ‘factions’. For every Duncan Idaho exploring exciting new territories, there’s a more traditional and protective Gurney or Jamis basing his actions on pre-existing evidence. Both bring value and experience to their off-world workplaces. We even feel unsettling admiration for the fearless and feared Sardaukar, efficiently delivering results under pressure from the top brass.

Warriors can be cut-throat or compassionate. What unites them is the drive to act.

Programmers, engineers, developers, designers, computer scientists – you’ve spent years passionately perfecting your craft, and you love nothing more than putting it into practice. Your nose is buried in code, your keyboard clattering and your mouse dragging, dropping, clicking every hour of the day. You delight in the creation of a project as much as its completion. You understand what others don’t: this is your training, see, each task building within you a stronger warrior.

But you’re no mere grunt. An Arrakis-based red-shirt with nothing to offer but your Holtzman-shielded hands. You’re buzzing with ideas, bringing fresh techniques to the table. You’re skilled at studying the strategy and applying the best tactics to see the job through. You fight when the necessity arises, no matter the mood.

Disciplined thinkers are essential in the world of Dune – all groups depend on their insight to help build their powerbase. For every master tactician on the battlefield, there’s an expert strategist in the shadows.

Not that all thinkers think alike.

Some, such as Mentats, are ‘human computers’ driven by pure logic. Psychologically conditioned cognitive thinkers, they help rulers make sense of the data without losing the human touch. Others, like the Bene Gesserit, play the long game, plotting projects that take months or years or centuries to fulfil. Anyone who’s worked on a five-year business plan will sympathise.

In the world of work, the thinkers are invaluable. You’re the data scientists and data analysts studying the latest research findings, the UI testers inferring intent based on actions. You have an extraordinary ability to understand the mindset of your users. And in the same way the Bene Gesserit manipulate political machinations, you’re skilled at encouraging others to follow your reasoning even in uncertain situations (fear, after all, is the mind-killer).

You’re not one to jump in with a half-baked scrap of an idea. You’re more methodical than that. You’re happiest taking a problem away with you, thinking about it, mulling over different solutions. When you’re ready, you come with an idea fully formed and ready to present, and backed by the data.

There is no force greater on the planet of Arrakis than the great sandworms. Lurking like sharks behind the red-hot desert sands, they feast on invaders and fiercely protect their lands. They don’t care about the petty political schemes that govern the lives of those around them. They answer to no-one.

It’s probably not exactly like that in your own business. Everyone has a boss, right? But if you’re disruptive, driven, and focused on a single goal, then you have a lot in common with the majestic sandworms (and that’s not a bad thing – unless you’re devouring colleagues who dare breach your lands).

If you’re in IT security, then you’ll relate. Your protective instincts are strong. You’re the last line of defence against cyber-attackers come to steal your precious data like they’re extracting Spice. It doesn’t matter what happens beyond the confines of your firewall – security is your only interest, deploying every trick, tool, and technique you’ve ever learnt or created. Because, like the grand sandworms, you intuitively understand the power of disruption.

Dune centres around old Fremen prophecy of Lisan al Gaib. ‘The voice from the Outer World’. It speaks of the Madhi, a messiah-figure who will transform the arid lands of Arrakis. And many believe that Paul, son of Duke Atreides, is The One.

And that’s not solely down to the shadowy schemes of the Bene Gesserit, preparing for the Madhi’s arrival or cultivating superstitions, depending on who you ask.

Paul is clever, resourceful, wise beyond his years, stubborn. He combines the traits of those around him. Like his father, he’s a diplomat, who understands the price of peace and the cost of war. Through Gurney’s training and his friendship with Duncan Idaho, he excels at combat. From his mother, he learns pragmatism. And, thanks to the supernatural power of the Voice, he can command others to act against their will. A Jedi mind trick before Jedi mind tricks were invented.

It’s like he was born into these ways, right?

And it’s just possible you were, too, at least in IT.

You’re a rare breed who can do it all, whatever’s thrown at you. You’ve mastered code, speaking every kind of programming language. You see visions clearly in your mind, and bring them to life by understanding the strengths of those around you. You lead teams to victory. If there’s such a thing as dev desert power, you’ve harnessed it – and you’re not done yet. Your ambition won’t allow it. Besides, there’s so much more in the world of IT that you just need to master.

Being happy in your role is important – whether you’re developing a new website or planning the assassination of a brutal Baron. So, which role are you applying for in the world of Dune?

10,191 AG may be a long way off yet, but you can still make a move into a new career. If you’re searching for the perfect job, tell us about your talents.

At KWAN, we can’t guarantee you’ll join the Fremen or the Bene Gesserit, but we’ll help you find your dream position here on Earth. 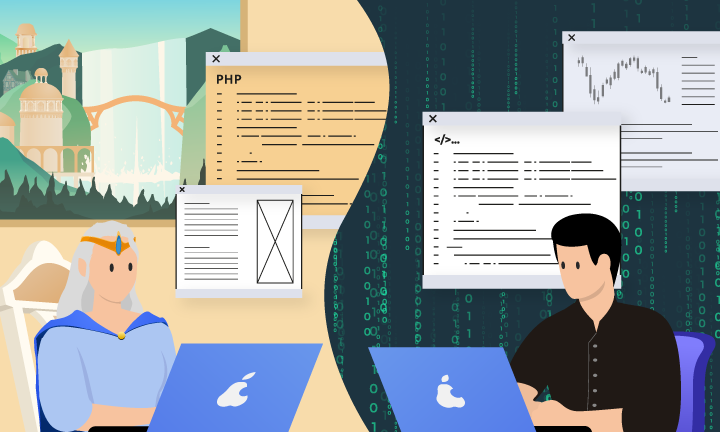 Read More
The Matrix vs. The Lord of the Rings: Are you a Classic or a Futuristic Developer? 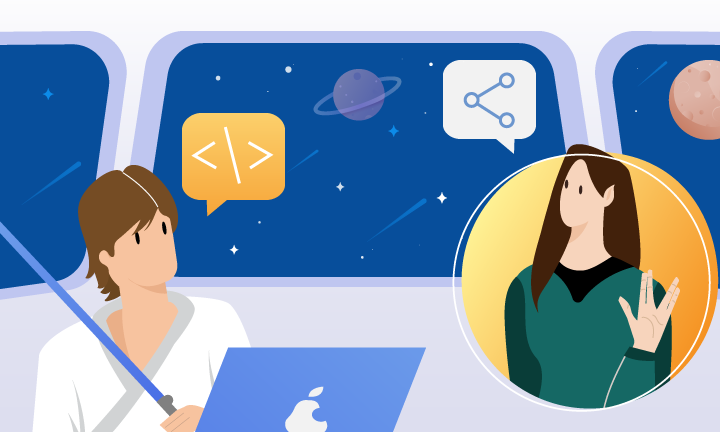