December 18th, 2020
Hiring the best developers without considering if they are a good fit, can seem at first like a great addition to your tech team. However, in the long-term, it can bring you problems... Check this article to find out the main steps to build a winning team.

It’s been a week since your company’s HR published a new job vacancy - you really need to ramp-up your team fast - and now it’s time to go through the screening process. You open your e-mail and scroll over a few CVs while reminding yourself what skill-set your future employees must have. The team should get at least two new developers (or 3 or 4, actually!). It would be awesome if in their experience they had been through all the development fuss of a Series A Tech Startup, or something similar in terms of speed and quality pressure to deliver. You also pay attention to the academic background. Oh look, some of the candidates attended the same university as you did and graduated with distinction? Good. What else? Advanced knowledge of English? Check. Agile certified? Just what you needed.

Looking at the CVs you have just selected, 5 promising candidates stand-out. You are so happy with that result you don’t even want to keep reading applications. Your Linkedin search reveals some stiff serious looking faces and makes you wanna bet they're just doing it for the pic. Then you prepare to start calling the chosen five, already knowing you will like them - how could you not? They are 5 younger versions of yourself!

Let us stop you right here and tell you exactly why this is a bad - awful actually - idea.

You obviously want the best for your tech team. The most qualified and competent developers, who are also the smartest and most creative people - that’s not a crime, it is your right to aspire the best for your team of developers. But here’s what you’re not considering, something a famous Greek philosopher named Aristotle once said: ”The whole is greater than the sum of the parts”. In this article, we will go through some real-life examples in which you’ll realize that great individual performance doesn’t predict great team performance - and so, experience and academic background of the candidates shouldn’t be the only aspects to take into account. Then, we will focus specifically on what to consider when adding a new developer (or two or three) to your tech team.

P.S. - Hope you like football (or soccer, if you’re American) - the world’s most popular sport has more to teach us about team management than you might think at first.

You should try to build your tech team as diverse as possible - and not because it’s the politically correct thing to do - because it will bring you actual competitive advantages. Several studies show that companies that embrace diversity achieve better results, such as this McKinsey's research, which claims that gender-diverse enterprises are 15% more likely to outperform their competitors and ethnically-diverse enterprises are 35% more likely to do the same. Also, Deloitte Australia took conclusions that favour diversity: when employees think their organization supports diversity and it’s committed to make employees feel included, innovation improves by 83%.

But here’s some fresher insights from the World Economic Forum, nowadays team diversity is more than just a matter of gender or ethnicity, it’s about political views, religious beliefs, academic backgrounds, socioeconomic origins, sexual orientations and even degrees of disability.

Still have doubts? Think about the most developed and innovative cities in the world - New York, Dubai, London or Singapore - what do they have in common? With a high concentration of immigrants, they are all multicultural melting pots.

With that in mind, are you still considering hiring 4 identical clones?

If you follow football, you certainly know “Galácticos”: the word refers to the very expensive players Real Madrid bought in order to build a superstar football team. Although it seemed at first that building a team with the most successful football players would lead Real Madrid to achieve amazing results, that was not what happened in reality. During three years (2004-2006) the squad didn’t win any trophy and got eliminated from UEFA Champions League, during the quarter-finals in 2004, and in the round of 16 in 2005 and 2006.

We are not football experts but we guess fans would expect more of a team made of players like Luís Figo, Zinedide Zidane and David Beckam, right?

The reasons why Galáticos failed so badly are truly a management lesson useful for any business in any industry. For example, signing two very talented football players for the same position. As both being right-wingers, Figo and Beckam had to play in a different position (rather than the one they were expert on) every time the other was playing too. Furthermore, Figo was already in the club when Beckam was hired. Figo, one of the best players in the world during those years. Figo, who cost €60 million to the club.

Before hiring someone, even if this person has amazing qualities, think first if those will add value to the team. It will be hard to win the game if you have two right-wingers and not enough defenders.

After analysing the results of a group of A-players with a bad team performance, let’s look at the other extreme: a team which members separately were not so special but together were able to achieve unexpected results. At the beginning of the season 2015-2016, bookmakers considered the odds of Leicester City, a team of a small city in England, winning the Premier League as low as 5.000 to 1. As opposed to the Galácticos, in Leicester City no player was bought for a great amount of money - actually, the whole squad was put together for almost as much as one hire done by a big team, such as Real Madrid. So how did they manage to win England's Premier League? What’s their secret? Riyad Mahrez, one of Leicester City’s players describes the team with these words: “We do not have the best players, nor the biggest budget, but our solidarity compels admiration”.

With the right team, a candidate whose resumé is not so shiny, can evolve to become a star and help raise the team’s overall performance.

3. The most important element on a winning team: trust

Having realized that a group of successful individuals is not the same as a successful team, let’s go through the most important element of a winning team, and that is trust. If people think their teammates are lying, keeping information just for themselves or plotting against them… nothing valuable will be produced.

Same if teammates don’t trust each others’ competencies. This type of teams don’t create synergies, it creates dispersion. Here two plus two equals three. With some luck. So how to develop trust?

Several methods used during the ‘80s included people falling from tables, to their colleagues' arms, as a way to learn to trust each other.

Vulnerability is a two-way street

More recently, exercises like sharing personal stories or revealing employees’ personality type are used - assuming that reciprocal vulnerability is the beginning of trust. In reality, trust is so fragile and conquered with so much work that the process of winning it can only be rushed until a certain point.

Shall we go back to football now? Let’s think about national teams. The best players from several teams join together for a few weeks in order to play for their nations. They practice together, play a few games and that’s it, players go back to their original team until they meet again, maybe next year. Most of them play in different teams - maybe different countries or even continents, so they barely know each other, and if they do, well they are used to seeing each other as “the enemy”, as a member of the opponent team.

How are these team members supposed to trust each other when they play in opposite teams most of the time?! Or to see their usual teammates as part of the opposite team? Suddenly the player who you pass the ball 300 days per year is the person you have to steal the ball from. Now the whole concept of the national teams feels weird, right? The same happens in business. The fact that teams are constantly being changed because someone leaves the project or the company creates instability - which is a big problem because trust needs time.

4. How to hire the right developers for my team?

Earlier we talked about the importance of building a united team. A great team, with exceptional results, can be made of average employees if their abilities are well-coordinated together, the same way a group of exceptional individuals, if not capable of working side by side, can end up achieving results below expectations. So… how do you make sure your candidate will fit your tech team?

Make sure your candidate can communicate as well as code

In order to succeed as a future member of your team, your candidate must be able to code… but also to explain his own code to the rest of the dev team. Whether in writing or in-person, a test like this will help you evaluate his communication skills and understand how likely it will be for him to get along with the other programmers - so your team can grow and evolve.

Does your candidate share your team’s interests and values?

People on your team don’t all have to think the same way - ideally, they should complete each other, with some members who are more “planners” (developers who like to plan every single detail before getting the job started) and others who are more “doers” (developers who prefer to think through the problem while building the solution), just to give you an example. However, if your candidate has several fundamental differences in his way of working from the rest of your dev team, it can create conflict.

Our KWAN ambassador Jorge Becho, knows quite well this situation and can explain to you exactly how this could be a problem.

So imagine both your candidate and your team enjoy a good cup of coffee - just to give you an example - but is this person ok with trying coffee without the sugar? What I mean is, even considering that he has the same interests and enjoys the same things as your team, there are variations, visions, degrees of flexibility, and at the end of the day, it has an impact when it comes to the work delivered and even the wellbeing of the team itself.”

Just because you want diversity, it doesn’t mean you don’t have to worry about making sure this candidate is a good fit for your team. Otherwise, this new developer won’t only bring new ideas, he will also bring new problems.

Can you guess what happens to the performance of the team if its members are focused on solving a conflict instead of doing their job well?

Have the best recruitment partner by your side

There are many advantages of working with an IT recruitment partner, from counting with the valuable know-how from a very experienced team to saving money by avoiding bad recruitment! In order to make the most of the partnership, we advise you to take a look at our article: “Do you have the right IT recruitment partner?".

Does hiring for tech talent now seem even harder than what you initially thought? Count on KWAN to help you find the players your team really needs. Developers who will fit like a piece of a puzzle, contributing with the skills your team was missing and increasing the overall results.

Last piece of advice: remember at the beginning of the article, the 3 or 4 developers you needed to hire? Check how much they will cost you according to the role, experience and team size using our Tech Team Simulator - and find the tech talent your project deserves. 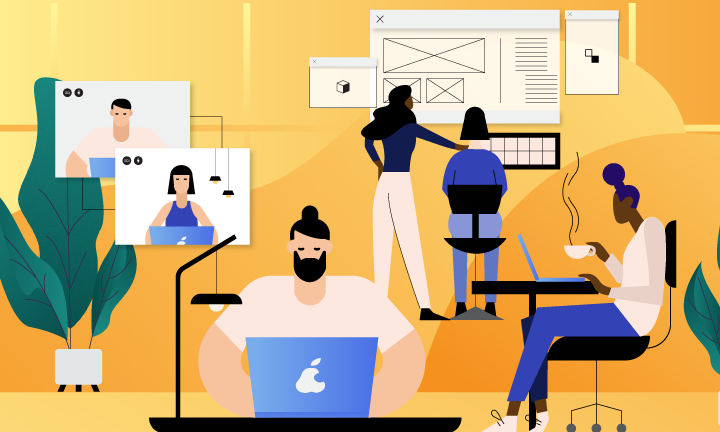 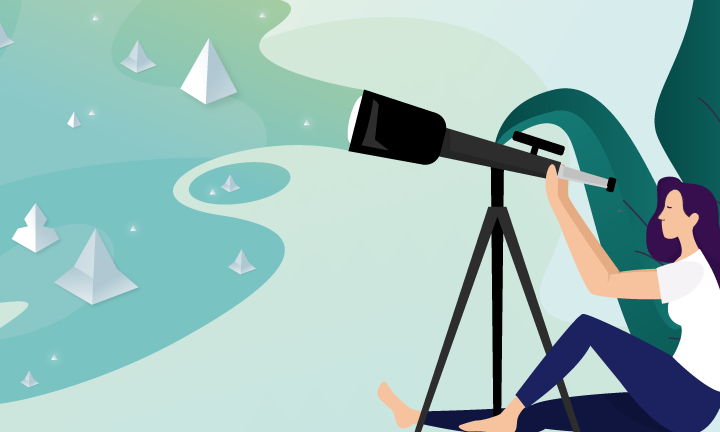 Read More
Do you have the right IT recruitment partner? 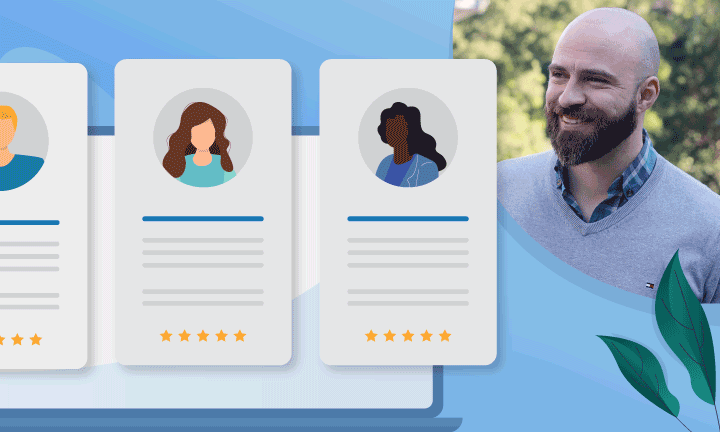